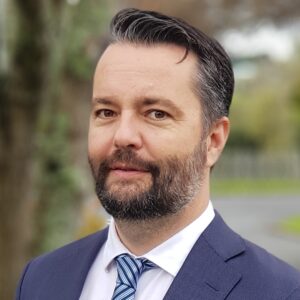 We are very pleased to announce that Tim Crow has joined our team as a consulting engineer. He comes to us from six and a half years at Waka Kotahi New Zealand Transport Agency. He says, “I feel extremely fortunate for the opportunities I’ve had at Waka Kotahi. In particular the positive impact on communities the projects I’ve been involved in has had.” Tim worked on the Kaikoura Earthquake Recovery, where literal mountains were moved to reconnect the community, to the Speed and Infrastructure Programme, where he is proud to say there are now 160 fewer deaths or serious injuries per year on our transport system, and that reduction is expected to grow. At Resolve he will continue to work with clients to achieve better outcomes for communities.

or just wish to discuss a challenge you may be facing.

END_OF_DOCUMENT_TOKEN_TO_BE_REPLACED

The Chartered Institute of Logistics and Transport held their 2016 Annual Awards Dinner in Wellington on October 10th. The Bluetooth Trial for Visitor Drivers, a PPP between the Ministry, the Transport Agency, and three private entities, including Resolve Group, won in its category –  Safety, Security and Environmental Innovation. Peter Bailey and Rick van Barneveld have been closely involved with the project since its inception, and were gratified to note that, as the MC said on the night, the Minister looked very pleased! Henry Pretorius, of the Transport Agency, gave a special shout out to Resolve Group for preparing the winning submission. The recipients of the Award representing the Transport Agency, the Ministry of Transport, GO Rentals and HMI Technologies, with Rick van Barneveld (first on left) and Peter Bailey (third from left) from Resolve Group, and Leonard Sampson (second from left) who presented the award.